The global equity markets the past 24 hours , 18 december

EUROPE: The EU-summit gave a go ahead-signal for the next step in the Brexit-negotiations. Enough progress has been made om the divorce, for negotiators to now moving on to discuss the actual future relations. Anything else but this decision would have been a disaster. More to come. Much more. Stay OW.

USA:  Fridays soft data, Empire index (manufacturing in NY) came in slightly weaker than expected for December, at 18.0 (down from previous 19.4 and below expected 18.7). A lot of these regional surveys are quite volatile, so caution is warranted when interpreting. New orders held up well, the biggest decline was in employment. The forward looking index declined to 46.6 from 49.9. Fridays hard data was also a tad softer than expected. Total industry production grew by 0.2% M/M in November, below the expected 0.3% and lower than the large uptick of 1.2% the month before (originally at 0.9% but revised up). Total production was up 3.4% Y/Y. Good, but hardly overwhelming and it “should” get higher. In previous cycles, Y/Y-rates have peaked at close to 5%. And in previous cycles, todays ISM-levels (looking at the production-component solely) have corresponded with higher production.

As mentioned, Republicans on Friday announced a merged proposal for tax reform. So much has already been said about this, so let us return when final details are set and known. The final compromise seem to contain few surprises (corporate rate cut to 21%, starting next year for example). The devils is however in the detail, and there are plenty of questions to ponder in coming weeks. The administration this weekend said they expect this reform to boost US growth to 4,5 or even 6%. Average in this cycle has been slightly above 2%. Outside economists are sceptical.  Regardless what growth rate you expect, we are entering a new phase in this recovery with fiscal policy turning expansive (from previous tight or neutral), and monetary policy gradually tightening. We remain UW US.

ASIA: Chinese property data shows that housing prices in November were up in  50 of the 70 largest cities, month on month. Prices were down, M/M, in 10 cities (similar to October when prices were up in 50, and down in 14). Measured as 12 month-rate, 59 cities had positive rates in  November, and 11 negative. According to Reuters, the average growth rate Y/Y was 5.1% in  November, vs 5.4 the previous month.

Japanese data this morning shows that exports was up 16.2% in November Y/Y (expected 14.7%). Imports were at the same time up by 17.2% vs the expected 18%. This means that the Japanese trade surplus (seasonally adjusted) in November was JPY 364.1 bn (vs previous months revised surplus of 349.3 and forecasts of 265). 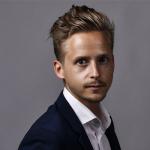